General Santos City is well known for being the home of the People’s Champ, Manny Pacquaio. But for foodie’s like me, General Santos City means so much more. Bordering the line between Saranggani Province and South Cotabato, here lies a burgeoning city where rural life meets urban life.

GenSan as it is more commonly referred to is a sort of melting pot of Luzon and the Visasayas. I was in GenSan only last May and let me tell you I enjoyed the food so much that I wanted to return purely for the food if not for the view. General Santos had indeed the freshest seafood you could want. Straight from Saranggani Bay, the Tuna is absolutely divine to be eaten with fresh fruit shakes. I am getting hungry just writing and recounting my visit. Chef Chriselda “Kring” Macion of Marasa Grill promised to take me back via the food she had prepared for us. I told her she had a tall task indeed! 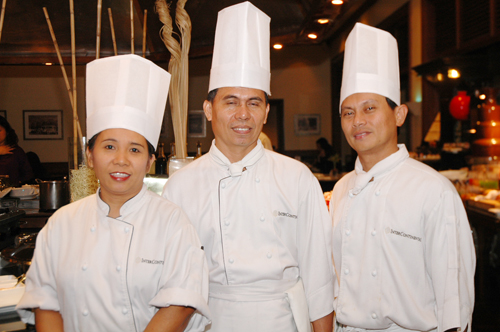 A little background about our Chef today. Chef Chriselda Macion, Kring as she is fondly called by her friends and peers, is from Marasa Grill right at the heart of GenSan.(Marasa means masarap or delicious in english) She holds a B.S. Hotel and Restaurant Management degree from St.Paul’s College, Quezon City. Right after graduation she wanted to come back to her hometown and be of service to her community. She spent 8 long years working in the hotel industry, and after learning the ropes decided to open her own little restaurant right in her family’s garage. From a small 24-seating restaurant it grew in to a 60-seating restaurant not to mention the airconditioned function room which can hold 50 people in the adjacent area. She then decided to finally continue her studies and studied under TESDA to get the title Chef. She is a definite authority figure when it comes to General Santos cuisine.

Now Unto The Food: 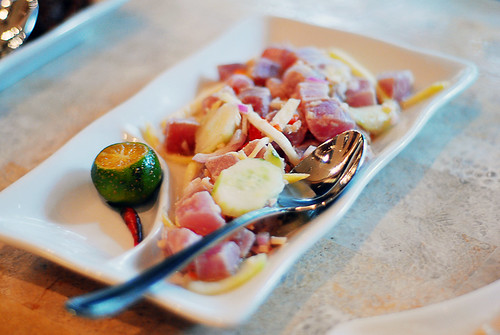 Not to be biased, but I love this dish. I am a big fan of making dishes in Kilawin and this is definitely on the top of list. The juicy-ness of sashimi as well as the freshness of the fish is complimented with the strong taste of vinegar. How can you say stop after a couple of spoonfulls?? 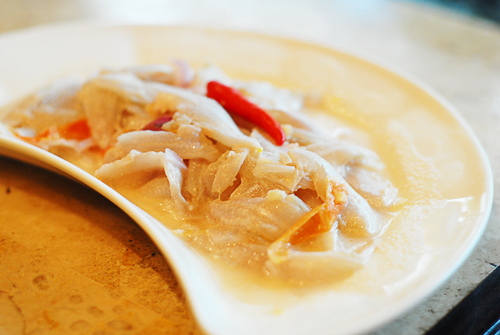 I also am a big fan of this fish. But if you are not a fan of anchovies in the first place better to steer clear of this dish.Last up for the appetizers straight from GenSan is: 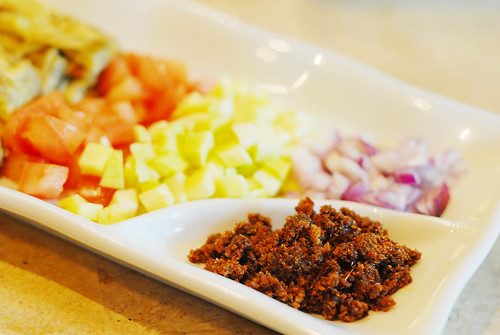 I am not a big fan of eggplant. So I did not try this. But based on how it looks, I think its quite good. Reminds me of ensalada. After tasting the appetizers, I knew the journey had begun. Memories from my General Santos trip slowly came back. It seemed like it was such a long time ago. And here I am again eating the same food. This was a good start. Chef Kring certainly is living up to her promise. I was excited as the waiters brought more and more food out. I knew it was going to be a tiring trip down memory lane.

And I was ready.
Cafe Jeepney offers a FREE buffet meal for a fifth person for every group of four buffet-paying adults. Diners get a chance to participate in the hotel’s 40th Anniversary Grand Raffle for every P4000 in a single recipet at the restaurant. Prizes at stake are a Princess Cruise for two to Alaska or the Mexican Riviera or the Caribbean and two round trip tickets from Manila to any European destination c/o KLM airlines.

Aside from the appetizers mentioned above Cafe Jeepney offers some unique concoctions of their own.

Can I just say that the bacon bits here were cooked to perfection! This is how bacon should taste like. Both crunchy and salty and yet tastes so good!

You may call Cafe Jeepney at 793-7000 for reservations

You may see more of Carlos‘ articles on Foodie Manila