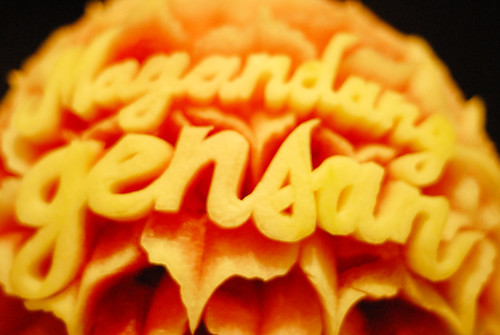 I ended the last post with the journey to my memories of General Santos. The beautiful coastline that is Saranggani Bay reminds me of the LA coastline. (FACT: It was built by the US to mimic indeed the LA coastline) For a place stricken with so much conflict and strife, where war and holy battles be it justified or not is present, General Santos is beautiful place. Just in time, the 4 main courses were served. 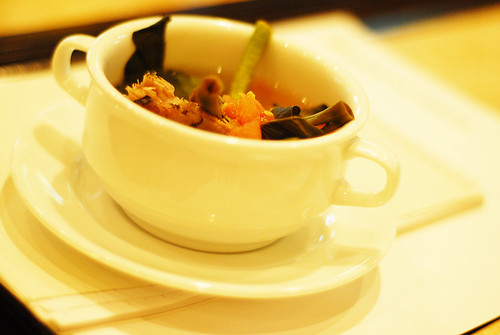 Sinigang na Tuna or Soured Tuna Fish Soup. This dish was great. It reminded me a lot of Sinigang na Salmon. In contrast to Salmon, the meat of the tuna is firmer. I really liked this dish probably because of my preference of Tuna. 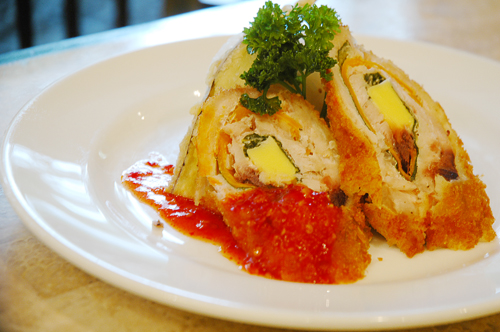 Fish Roulade w/ Garlic
The word Roulade originates from the French word “rouler” meaning “to roll”. Typically , a roulade is a European dish consisting of a slice of meat rolled around a filling, such as cheese, vegetables, or other meats. A roulade, like a braised dish, is often browned then covered with wine or stock and cooked. Such a roulade is commonly secured with a toothpick or metal skewer, piece of string or spinach. The roulade is then sliced into rounds and served. 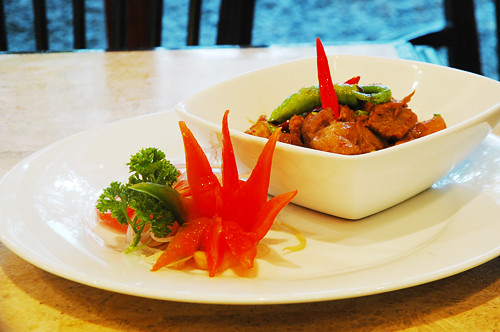 Pork Binagoongan
Although Pork Binagoongan is not a well known General Santos specialty the way the pork was cooked was just perfect. Tender and juicy while remaining succulent. The binagoong used also was a specialty of Chef Kring. 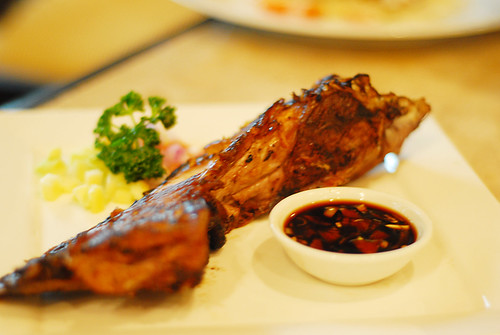 The Tuna Panga was one of the best I’ve ever tasted. Really fresh and the meat was tender and juicy. Chef Kring reveals her secret when I poked and prodded her for the secret to having my tuna taste this way. Ready for the secret? Never scrimp on the ingredients. If you can get the freshest, albeit the cost being a bit higher do so. In the end the taste will be the final equalizer.