The Patay Gutom team would like to thank everyone who nominated us for the Top 10 Emerging Influential Blogs for 2009! You rock! We also rock! You rule! We also rule! You eat! We also eat! You ____ ! We also _____! Whatever you want to do, just do it! Because whatever we want to do, we’ll just do it!

Our tears are overflowing now… we really can’t contain it. We are overjoyed and we are so grateful because we didn’t expect that a lot loves us and a lot cares about us. 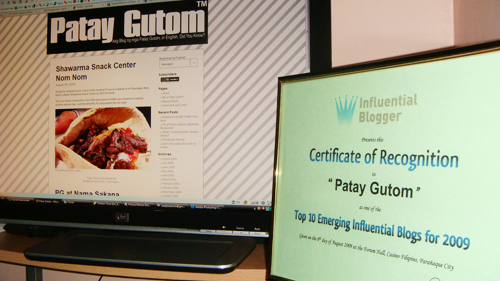 For more details, visit the official post page of the Top 10 Emerging Influential Blogs for 2009!