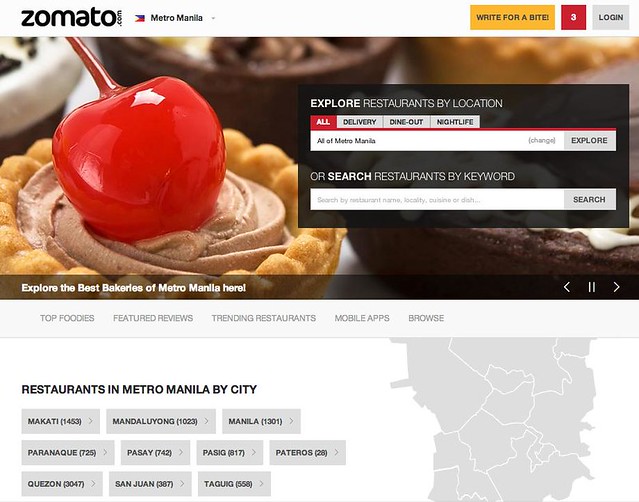 Everyone feel a bit irked when our friends can’t decide where to eat, and they end up spending thirty minutes to an hour just arguing and going through our choices. More often than not, this results in them going back to eating at the same place for lunch every day, and when they do decide to “try something new”, they end up visiting some other restaurant that they haven’t visited in a while. It’s different, but by no means is it new.

Luckily, just about everyone has a smartphone now, and this amazing device has helped millions of foodies across the world. Gaming Realms, the company behind that recently launched Spin Genie, has said that “There were an estimated 1 billion Smartphone users at the end of 2012, representing 17% of total mobile users”, and this figure has continually grown. Studies even show that by 2015, there could be close to 2 billion smartphone users. In the Philippines, with cheaper smartphone lines like MyPhone and Cherry Mobile available, the smartphone penetration rate is expected to hit 50% by 2015.

Your friends and family probably have smartphones too, and if you’re on a reliable data plan, your phones can be the ultimate tool for trying to find great new restaurants to dine in. Just download the Zomato app, and get cracking! Anyone who’s ever tried to do a restaurant search on the web will be familiar with Zomato, and while there are other restaurant search apps out there, there aren’t any quite as extensive as Zomato.

The app has even recently been updated for iPhone 6 and 6 Plus. Recent updates also include the ability to draw out your search area, and the option to customize bookmarks. The services of the app are also available in about a hundred other countries, so it’s the only app you could ever need, even when traveling a lot. Of course, for a more Filipino experience, you could try looloo, a homegrown app that does pretty much the same thing. Unfortunately, looloo is still being developed, and the community is still growing, so for now, Zomato still reigns supreme.